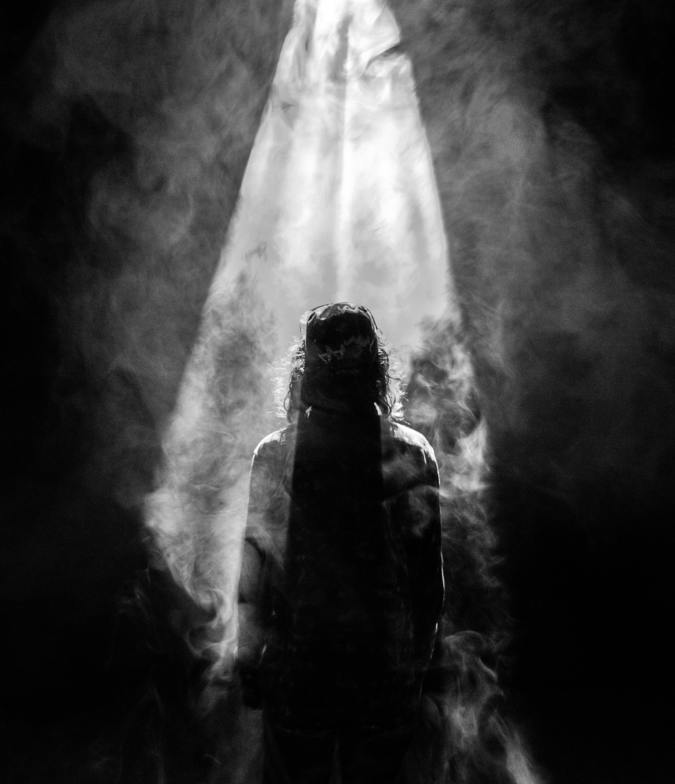 Will – as in choosing to do something, is where crime and charity - justice and injustice - love and hate collide.

The issue of personal power as the ability to control what does or does not happen to an individual is central to all human experience. People are happy and content when things go the way they want them to go.

Fear – Anxiety - Pain - Comfort - Peace – Happiness – Virtually everything that happens to us in life is related to our will and whether things are going the way we want them to.
There are places where cliffs drop straight down into deep water. Certain people want to leap or dive off the cliffs. They’re permitted and even encouraged to do so. It is considered a sport and they are very happy when they can do it. Drag most people to a cliff and throw them off against their will and you will find yourself with jail time.
People are often driven to work long hard hours doing jobs too numerous to mention. To use yourself up in working because you want to, for what you believe in, is considered a good and satisfying use of time. Taking another person against their will and forcing them to work is slavery.

When a man walks up to a stranger on the street and begins to hit and abuse him, we know that a crime – a wrong – an injustice - is taking place. Reasonable people demand that it stop, and we are ourselves upset if the victim falls wounded to the ground. We individually and collectively spend a great deal of money to stop the perpetrators of such acts. However, if two men chose to get together for the sole purpose of beating each other senseless, it is called sport and otherwise reasonable people will pay to watch and cheer when one of them falls senseless to the floor.

The crime of child abuse is the imposing of the will of the adult over that of the child and the best interests of the child.

This very much describes the nature of crime and injustice at every level. It describes sin. There is a very real danger for the Christian to see situations as political because political groups identify with policies designed to address social issues. Sin and injustice are not political issues, they are addressed by moral and Biblical mandates.

The often violent collision of our intuitive demand for self-determination being violated by some “other” is our greatest existential and spiritual crisis. The toddler who wants “that,” whatever “that” is, must have his will defied for his own good, and yet he rages against the perceived injustice. The teen who “knows” better than her parents or the civil authorities becomes in her own mind a victim because she feels unable to make her own free choice.

The harsh brutal reality is that there is real injustice all around us. Understanding when it is appropriate to take a stand against it is a responsibility we must not ignore. What kind of human being would render a fellow human being unconscious, cut them open and remove living parts? These are the actions of either a dangerous, murdering psychopath or of a skilled and compassionate surgeon. We only know if it is a crime when we know the freely formed intentions – the “will” of both. If both the surgeon and the patient are operating out of free will, it is to be encouraged and commended even at great expense.Jesus was willing to give up control and accept total injustice to accomplish the greater good. Philippians 2:5-8. Through His example we see that self preservation is not the highest good. There are peaceful demonstrators today who choose powerlessness to confront injustice.

People simply want to feel safe, and that safety depends on our being able to control our immediate world. Jesus made it clear through a parable that it is also our responsibility to sympathize with the powerless and come to their aid. Luke 10:25-37.We know that “someone” should have helped George Floyd.

The experiences of those who suffered at the hands of the German Nazis provide insights into the psychological and spiritual realities of powerlessness.

Jean Amery describes his first experience at the hands of the Nazi Gestapo and presents an accurate view of the loss of self-determination – the inability to will that should cause all of us to cry out STOP!

I am certain that with the very first blow that descends on him he loses something we will perhaps call “trust in the world.” The boundaries of my body are also the boundaries of myself. My skin surface shields me against the external world. If I am to have trust, I must feel on it only what I want to feel.

At the first blow, however, this trust in the world breaks down.

In almost all situations in life where there is bodily injury there is also the expectation of help; the former is compensated by the latter. But with the first blow from the policeman’s fist, against which there can be no defense and which no helping hand will ward off, a part of our life ends and it can never again be revived. At the Mind’s Limits pg. 28-29

Amery attempts to describe in this passage the psychological impact on those crushed by the Jewish Holocaust, a monstrous crime. But in so doing he also describes the reality of a child sexually molested by a priest or relative. The fear and powerlessness of the college coed raped at a fraternity party. This powerlessness and the relational brokenness it creates brings unknown numbers to divorce lawyers, family court and counseling sessions.Amery said,

“The experience of persecution was, at the very bottom, that of an extreme loneliness. At stake for me is the release from the abandonment that has persisted from that time until today.” At the Mind's Limits pg. 70

There are awful facts that are disturbing and clearly wrong. The incongruity between what should be and what is serves to reinforce distrust and loneliness. The spiritual implications for the ethnically persecuted as well as for the adult living with the powerlessness of their childhood experiences and all victims of injustice run parallel as well.

Simon Wiesenthal related the following while in a concentration camp.

“Very few of us still prayed. He who is incessantly tortured in spite of his innocence soon loses his faith.” The Sunflower pg. 80

A child who rages against his loving parents and tortures himself with his loss of control can become wounded by the loving guidance of the parents. Many who claim Christ as Lord rage against the realities of life. They feel wounded instead of being healed in submission to a loving God. The world is evil because of sin. When we accept that we are powerless over sin in our own lives and in the world around us, we are freed to truly embrace the healing God offers through faith.

While we live with the wounds of living in a fallen world we are “incessantly tortured” by our past. Jean Amery, as an agnostic who survived genocide, took his own life by suicide in 1978. He believed that the lessons of the Holocaust would enlighten and change the world. He was powerless to overcome his past and the endless injustice he saw in the world.Jesus embraced powerlessness. Jesus chose the cross and became powerless and set us an example. Great power and true liberty are obtained only by freely and actively willing to embrace our powerlessness – in saying as Christ did (who really did have power) when he said – “not my will but thy will be done.” Jesus demonstrated the power of helplessness in the physical world and power in the spiritual world. The single, greatest, most powerful act ever achieved occurred on the cross. That willful act of powerlessness gives every person power over the one thing every person is truly powerless to change – sin.

God’s commands and the realities of life require that we fight against all injustice to maintain our own moral sanity. It is truly heartbreaking that so many people live in a powerless reality and are “incessantly tortured” (Jean Amery) by both their personal experiences and the suffering of others. By saying to our heavenly Father “not my will but yours,” we choose service to the only One with true power and enter a life of unstoppable spiritual power in the kingdom of God. It is that power that guides us to a constructive physical response against injustice in a broken world.

For God has not given us a spirit of fear, but of power and of love and of a sound mind. 2 Timothy 1:7

The current situation in our country requires wisdom. Standing against injustice also means standing against injustice done in response to injustice. Attacking people for taking a stand is more injustice. Looting and vandalism are another form of injustice. People are frustrated and angry because the progress against prejudice and discrimination really are too slow. It should stop. Now. “Equal justice, land of the free….” become meaningless soundbites and empty promises to far too many people.

We must pray for the families of Ahmaud Arbery, Breonna Taylor, George Floyd, and countless others who now must live with very real, unnecessary pain and loss from injustice.

Our country is led by wounded people operating in a broken political system that makes promises and breaks them. There is no excuse. We should pray for our leaders, police, and law enforcement; let’s also hold them accountable and know that they will all answer to the one true and righteous judge-as will we.

The Church of Jesus Christ is led by our righteous and holy God. It is in His name that we pray, especially for the powerless, that they would know the Savior who gives us our peace.
Pastor Charlie’s Sermon Playlist   Counseling Services
Tweet