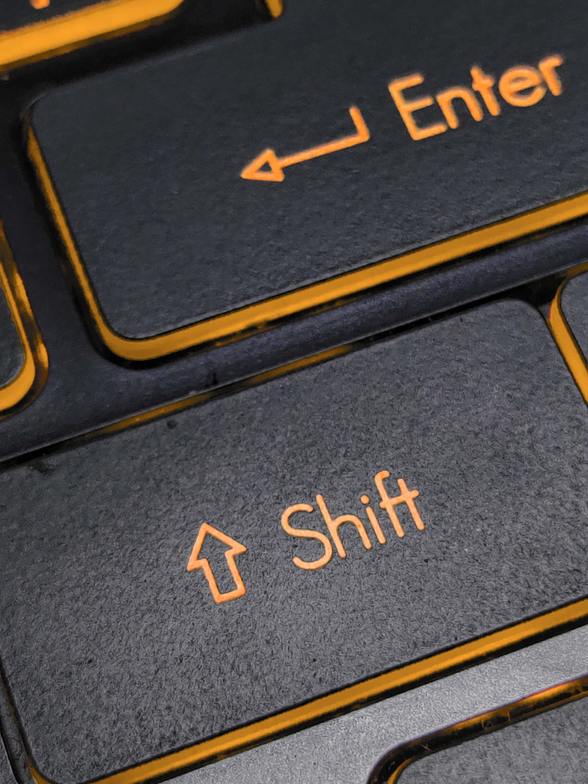 The ground is shifting daily. Endless experts are at hand with their opinions and predictions. Possibly the greatest challenge of the current pandemic is the fact the the only thing we know is that there is no clear consensus on what to expect in the future. From a baby’s first breath we thrive in safe trusting relationships.
When the trust and security break down uncertainty and fear increase. The world is changing, and we are all looking for the kind of stability we thought we had before COVID-19. Reflecting on some of the things we trust as being safe might give some clarity.

What does it mean to be married?

This may not seem like a difficult question at first, but it is worth considering. Is it a one-time occurrence as in a marriage ceremony, or is it a state of being that is entered in to during a ceremony? Looking at the traditional marriage ceremony we see language carefully crafted to embody a Biblical description of what it means to be married. There are promises made. A covenant is entered when two people commit “to have and to hold from this day forward, for better for worse, for richer for poorer, in sickness and in health, to love and to cherish, till death do us part.” The minister pronounces that they are now husband and wife, but that is not what makes them a married couple. After the ceremony they fill out a “Marriage License” for the state and have several of those present sign their names in witness of the commitment made, but that piece of paper is not what makes them a married couple. At what point then, as a Christian couple, are they married? They are married in the eyes of God when they say, “I do.” It is a commitment and a solemn vow they make to each other before God. As a pastor I believe that this is the true essence, the substance of “getting married.”

Now imagine this couple 20 years later. They still live in the same house. Things have gotten worse instead of better. They rarely speak to each other. There is no love and cherish and no have and hold going on, and there hasn’t been for a long time. There is no commitment to each other. There is no emotional intimacy or trust. In their minds they are still married, and they stay married because they know that God hates divorce. They consider themselves married because they have kept that little piece of paper from the state that says on a particular day they were married.

I don’t think God cares at all about the piece of paper. What God loves is healthy, God-honoring marriages, and what He hates is that a holy vow is broken. The thing that God hates has already happened.

Come now, you who say, “Today or tomorrow we will go to such and such a city, spend a year there, buy and sell, and make a profit;” whereas you do not know what will happen tomorrow. For what is your life? It is even a vapor that appears for a little time and then vanishes away. James 4:13-14

He who trusts in his own heart is a fool, But whoever walks wisely will be delivered. Proverbs 28:26

What does it mean to be a citizen?
Here is another question that is a more complicated than it seems at first. It has always presented challenges to God’s people. Biblical references to governments and rulers are abundant. Is earthly citizenship a condition that is a constant that we can trust? Looking at the founding documents of the United States we see language that has been carefully crafted to refer to an unchanging God as the basis for a trustworthy system. The Constitution contains language that has been carefully crafted to embody a Biblical description of governmental responsibilities to the governed. There are promises made. These documents have been preserved for all to refer to for guidance. They are intended to be a constant in an ever-changing world.Our founding fathers understood that human contracts are perilous and untrustworthy, so they appealed to God “that all men are created equal, that they are endowed by their Creator with certain unalienable Rights.” Those who were present signed their names as witnesses of the commitment made. A piece of paper is not what makes a good society. At what point as Christian people are we good citizens? We are good citizens in the eyes of God when we understand and affirm our commitments to God and society.Here we are more than 200 years later. Very few Christian citizens understand what the founders were trying to ensure or why. The Constitution is relentlessly challenged, undermined and misunderstood. Even Christian citizens put more effort into avoiding the civil laws than trying to understand them. There is very little trust in government. We continue to refer to the United States in ways that the culture no longer reflects. In people’s minds they are still citizens and they may know that God tells us in scripture to obey the authorities. We consider ourselves citizens because we have kept that little piece of paper from the founding fathers that says on a particular day a contract was established.
God is not an American. As important and good as it is, the Constitution is not scripture. What God values and Christ died for is a vibrant, life-changing, eternal relationship with individuals regardless and often in spite of the systems of this world. A Christian in any time period or under any form of government must never value civil law in a way that is not consistent with obedience to Christ and building the Kingdom of God.
The problem with every covenant or commitment between human systems and people is that they are at their best agreements between people.

For our citizenship is in heaven, from which we also eagerly wait for the Savior, the Lord Jesus Christ, Philippians 3:20

In considering marriage we looked at agreements that are entered between two people. Regarding governments and civil law, we recognized that all governments are run by people. People change, circumstances change and governments change. Every expectation, arrangement, covenant, or contract of any kind with and between people is that they are agreements initiated and maintained by unpredictable people. Each of these commitments can be revoked by either party for any reason at any time. If either or both renounce their position, there is no longer a valid contract and we are thrust into uncertainty and fear.Woe to those who go down to Egypt (a country) for help, who rely on horses, who trust in the multitude of their chariots (government power) and in the great strength of their horsemen (people), but do not look to the Holy One of Israel, or seek help from the Lord. Isaiah 31:1It has been said that the only constant is change. From little, to life-changing, to the world-altering…. things change. “I finally figured out what brand of socks I like and now they quit selling them.” Our favorite restaurant closes. “Invest in real estate; you can’t go wrong. It always goes up.” “What you need is a good stock portfolio and you won’t have a worry in the world.” “They can’t do that, it’s unconstitutional.”Scientists tell us that the earth has gone through a series of ice ages and warming for millions of years, and then actually seem surprised and alarmed that the climate is changing. What can be safe if the entire planet is fickle?
God’s unchanging faithfulness

There is only one unchanging reality available to humanity. It is an eternal covenant with the only constant in the universe. We enter this covenant through a relationship with God. Through Jesus we are saved.

What does it mean to be saved?

This too, may be a more complicated question than it seems at first, but it also is worth considering. Is it a one-time occurrence of saying a prayer, or is it a covenant and a state of being that is entered while saying the prayer? Looking at popular evangelism programs we see language that has been carefully crafted to embody a Biblical description of what it means to be saved. One of the things that is sometimes encouraged in evangelism is for someone who prayers the prayer of salvation and accepts Christ as their personal savior, to record the date. Write it down and keep it as a reminder and a remembrance of entering a personal relationship with God. Many times several people sign the card as witnesses. We commit our lives to God, and we should never forget the importance of that.So imagine this person 20 years later. They still attend the same church. Life has been hard. They rarely pray or even think about God most days. There is no effort to live a life of holiness. There is no intimacy with God. Friends and coworkers don’t even know he attends church. But at least he is confident that he is saved because he still has the card that shows the day he said the prayer and possibly another piece of paper that records the date of becoming a member of a “church.”I don’t think God cares about that little card or piece of paper. What God values and Christ died for is a vibrant, life changing, eternal relationship with people. The thing that God hates has already happened. If there is no living growing relationship the cards and papers mean nothing.

People change. Our commitment to God can change.

God never changes. His promises are never in question – by Him.

But blessed is the one who trusts in the Lord, whose confidence is in him. Jeremiah 17:7

Every difficulty that comes into the life of the follower of Jesus is an opportunity to experience His peace in an ever changing and unsafe world. Experiencing the safety of His constant faithfulness and it changes our realties and it changes us. The Lord is my rock and my fortress and my deliverer; My God, my strength, in whom I will trust; My shield and the horn of my salvation, my stronghold. Psalm 18:2 This positive change is in the definition of Christian discipleship “being confident of this very thing, that He who has begun a good work in you will complete it until the day of Jesus Christ” Philippians 1:6